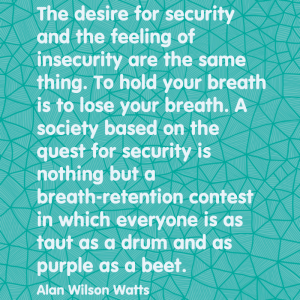 “I do not accept your authority,” was a line from a movie that resonated with me recently. It was said by a man asked to house a soldier during a war he didn’t agree with. It was said in the face of a gun, to a Captain with a full military contingent in town.

All in all it was pretty brave, albeit possibly stupid due to the odds of death upon refusal.

A soldier holding a gun to your face in times of war is scarier than a corporation, a bank, a teacher, a doctor, a politician – however we often bow down and accept ‘laws’ or ‘orders’ that are unjust, outrageously profit driven or, quite simply downright stupid, because we’re so used to doing so, and we’re fearful of going against perceived ‘authority’ figures.

We know banks rip us off. We know fees, fines and penalties from councils, police and financial institutions are wildly out of proportion. We know politicians often lie, lie and lie – then lie, lie and lie some more – in the hopes of winning elections, rather than acting in the best interests of the people they wish to lead.

Why are a very few, corrupt, profit driven sectors, headed by profit driven individuals, the people we all tend to accept our ‘laws’ from?

Why do we often blindly follow obvious manipulation? Especially, as the people being ripped off make up at least 95% of the world’s population, and the ‘law makers’ only 5%  (not a real statistic, I made it up – but why is it therefore less accurate than, say, statistics taken from 1000 people, which result in a sentence in a newspaper such as, “99% of all Australian’s drink beer”?)

Ok, that one could nearly be true, but you get my point…

Just as the desires of 1000 people can’t dictate, nor even indicate, the desires of 23 million, the thoughts, ideals and desires of a very small number of people who’ve made laws throughout history, obviously aren’t necessarily the ones we should follow.

This is not to advocate a ‘them against us’ mentality. We are all one. There is no ‘them’ or ‘us’. The problem is , most people have been convinced, brainwashed, suitably trained and conveniently swallowed up into the jaws of what is little more than the money driven dream of a few – and they don’t even know it.

Work, work, work. Pay bills. Pay taxes. Get insurance. Have a retirement fund. Work, work, work – until you die, then make sure you have the money to pay for your own death. Respect the authority of police, priests, politicians, teachers, doctors – don’t question them. Don’t dress like that, act like that, talk like that, behave like that.

I would not have chosen the above blueprint for life, as the best way to live. How about you?

Yes, rules are necessary, to an extent, to maintain a stable society. Many people are worthy of respect and do a fantastic job upholding peace and order and healing others. Many people, holding these positions, do not. We need to take the person out of the box society has packaged them in, and decide whether or not we wish to accept their authority based on authenticity of intent – not the ‘authoritative’ title that apparently gives them power to take personal power from others.

We need to take the lid off the ‘law’ or ‘rule’, rather than blindly follow it because it is a ‘law’ or ‘rule’. When it comes right down to it, all rules have, at one time or another, been nothing more than one person’s opinion. And they are all transient, as history proves. Think about the laws Hitler imposed, that were blindly followed by millions. The millions of people following Hitler were not, themselves, necessarily evil people – they just forgot they were free souls inside a malleable brain.

What if those who followed Hitler, had refused to…if his armies had refused to cooperate with his madness? Could he have continued with his ideals for a perfect world, in order to create the havoc he created?

The stock market wasn’t created with the Earth – it was just an idea to start with – now it rules the world’s finances and people treat it as a living, breathing entity. People think ‘it’ can make or break their lives. ‘It’, in my head, resembles that giant, tentacle- filled hole in the desert in ‘Return of the Jedi’, mercilessly sucking prey into the abyss of stressful commerce hell.

What if it crashed and there was no turning back from there? It’s a possibility. Do you think we wouldn’t survive? I think we would.

What if no one put their money in the bank? What if we all switched the TV off and instead gathered our news and information from free sources on the net, interested only in providing the truth of what is? What if we stopped insane consumerism and instead focused on one third world country at a time – imagine how many people we could feed with one week’s takings from ‘Toys R Us’.

When you let yourself think about that deeply, it’s pretty hard to look at a red, plastic, noisy $100, oversized toy truck and justify its existence. Most children are happy to play with almost anything…providing they haven’t already been trained to believe in consumerism as an indication of their own status in life.

What teaches children to hunger after ‘things’? Television. Emphasise on money and possessions. By the time we leave school, we’re already thinking of how to make money to ‘get’ all of the ‘things’ we think we need. We then go to work, for the most part, for the large corporations that actually rule the ‘rule’ makers. These corporations also provide our media and feed us the consumer addiction.

Can you see how narrow life becomes when the ‘rules’ for life above are followed without question?

Most people really do want world peace, love and happiness – along with food, water and shelter. If you think that sounds simplistic, imagine if the ideas of Gandhi or the Dalai Lama were implemented as our general way of life, instead of the blueprint above.

We could still create amazing things, make and have with fun with money, build empires, have adventures – but with an intention that would make all the difference. The intention would be to benefit the Earth and all of its inhabitants, rather than garner power and make money for the sake of making money. Imagine if those great business minds, largely responsible for the ‘workaholic, money hungry’ blueprint we have now, worked to create empires with the same intent of great spiritual leaders?

You may well be asking, at this point, “How on earth can I do anything to change the current paradigm?” There’re lots of small things we can all do, that will and do chip away at the system:

It makes sense that the world is as it is, because, for the most part, people have been trained to compete with each other, make money out of each other for personal benefit no matter how detrimental and try to rule each other.

When you simplify your life by doing small things at first – minimise buying things, watching TV, reading commercially driven magazines and newspapers – you find the nagging sense of anxiety, judgement and separateness starts to disappear. When you don’t watch it or read it, you stop comparing yourself with others, you stop being fooled into believing what you’re being spoon-fed. You start living how YOU want to.

And you realise you don’t need, nor even want, any of that stuff, let alone encourage its continuation.

Even though it may not seem realistic right now, you can still intend to live in a world where we help each other and the Earth – where all that we create is created with peaceful, helpful intentions.

The money driven paradigm is coming to an end, maybe not in our lifetimes, but all systems end in order to evolve. Scroll through the internet with the key words ‘spirituality’ or ‘awareness’ or ‘awakening’. You’ll find hundreds of thousands of websites, like this one, with the aim of waking people up to their pre-programmed beliefs – beliefs that are destroying the environment and the sanity of many as they struggle to wade through the superficial nature of such beliefs.

Next time it runs through your mind to question authority, allow the question, at least to yourself.

You never know what you might learn from your higher-self, when you block out the outside world and listen inside the silence – but you do know it will be the truth.

Some links on similar topics: