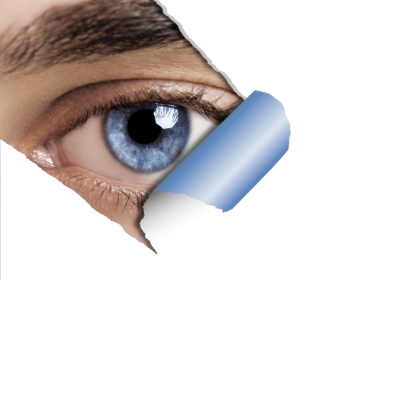 A Psychologist Broke Into a Cult. Here’s the Weird Thing He Learned About Your Brain.

In the 1950s, Leon Festinger was scratching his head over a group of people who called themselves The Seekers. Scratching because Leon was a psychologist, and The Seekers were a semi-popular doomsday cult proselytizing the end of the world.

And they were specific! It was all going to end in a great flood the morning of December 21, 1956.

Leon, being a psychologist, wanted to know how normal, everyday folks could come not just to believe something so… unbelievable, but what was going to happen when the day passed and life continued.

So, he went undercover, embedding himself in the cult to see how they would react when daylight came and they were all still alive (not saved by aliens they were expecting from the planet Clarion).

Here’s what happened. Even more important, here’s how you and I are not so different from these doomsday “survivors” and what you can do to let go of false beliefs in your own life, including the ones you don’t know you have (that’s how false beliefs work).

If you’ve ever looked back and shook your head at a dead-end job, unfulfilling relationship, failing business, or anything else you stuck with too long, this is for you.

How A False Belief Forms

As Leon dug further and further into the stories of the Seekers, he uncovered just how someone like you or me could become attached to a completely illogical idea. The answer? Gradually.

Most people in the cult were deeply connected to at least one other person there before they joined. In other words, a friend talked them into it.

But there also wasn’t a lot of talking into being done. Few got involved knowing the end game ahead of time: get on a space ship to a foreign planet while Earth floods behind them. That wasn’t the introduction. Instead, a friend would simply offer a support group who could help them work through a life problem they might be having.

You could never convince a rational person to join a group like this; it had to be done slowly and without much mention of “joining.” Over time, you become part of the group without realizing it.

Then, your circle of friends changes, and the people you trust urge you not to associate with others who might not understand. If you leave, you’re on your own—shunned by the only ones left who “care” about you.

It’s the same way you get trapped in any bad situation–a habit, relationship, job, etc. Slowly, and then suddenly. You never think too critically about what’s happening because, well, what’s the harm?

Even more interesting than how a false belief helps you start a bad habit is how you cling to it once it’s there.

What do you think The Seekers did when they realized everything they believed in was wrong?

How Your Brain Can Spiral Out Of Control

That last line was a trick question. The Seekers didn’t realize their belief was wrong. That shocked Leon even more. He thought when their prophesy failed, they’d wise up, ask questions, and leave the toxic group they’d gotten caught up in.

Some left—the newest and least committed members—but most stayed. Not just stayed, but doubled down. Rather than admit they were wrong—a very uncomfortable and embarrassing proposition—they changed the story. The new one? That they’d so devoted themselves to their belief and prayed so hard for salvation, that God spared them (and all of us).

They weren’t wrong; they saved the world! Thanks to the sunk cost fallacy, they decided it was less painful to distort their reality and stick to their guns than admit they were wrong.

You’re not a doomsday proselytizer, but this same psychological effect is what can trap you in a false belief. There’s this thing called “cognitive dissonance.” It happens when your reality doesn’t match your beliefs, and your brain doesn’t like it. It desperately wants everything to match.

When that happens, the logical thing to do would be to change your beliefs to match your reality. Turns out, thanks to the sunk cost fallacy, the opposite is more likely. It’s easier and more soothing to change the way you perceive reality to match your beliefs.

If you believe you’re not an alcoholic, but you get drunk every day and can’t control yourself, it’s easier to change your own definition of alcoholism than it is to stop drinking even as your friends and family stage interventions and you fall deeper into the disease.

Breaking Out Of A False Belief

So what are you to do if you find yourself stuck with a bad habit? Are you shackled to it for eternity? Are you going to find yourself making crazier and crazier excuses to keep it up?

Well, you won’t realize it—that’s kind of the point. At least not at first. But what you will realize is that you come to a point where you’re unhappy with your current situation. You’ll notice your cognitive dissonance. And what you do in that moment matters a lot.

And there’s good news! Just by reading this and understanding how your mind forms and maintains beliefs, you’re well equipped to self-administer a dose of whoop-ass the next time you find yourself unhappy with your current situation. You’ll see the opportunity to either change your belief or change your perception of reality.

And when you notice that critical moment that passes so many people by, you’ll already know what to do.

Your mind is an amazing and powerful tool. Harness it properly and you can live a life of great adventure, accomplish important things, and take smart risks that make your life better every day without much worry for what could go wrong.

And best of all, you probably won’t end up in a cult.