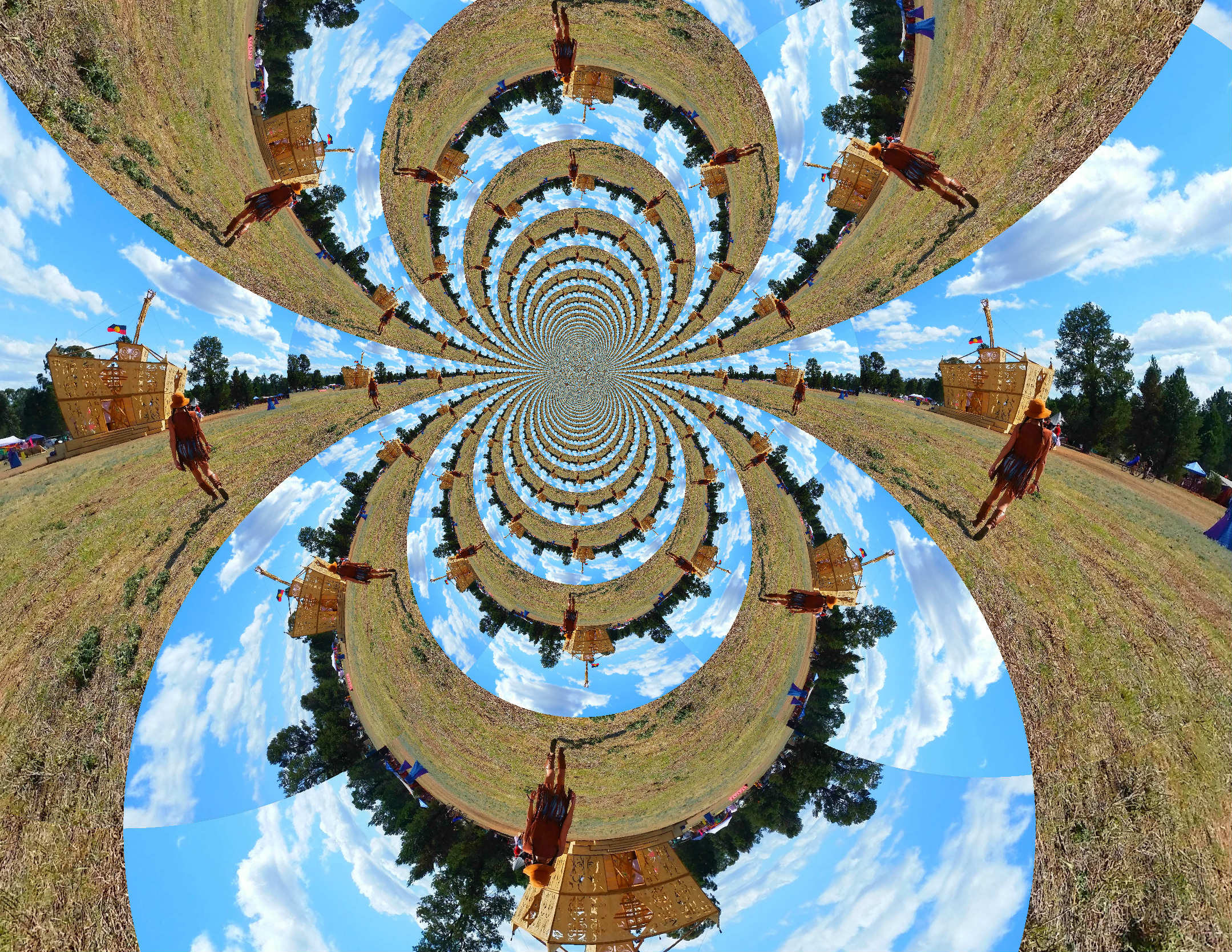 Waking to the sounds of thumping trance music, we pushed open the campervan door to see a human rodeo in full swing on the paddock ahead: half-naked ‘riders’ slipping and sliding atop a human ‘bull’, vying for the well-earned prize of a massage. Drawing a crowd of sparkling fairies, gothic voyeurs and happy hippies, we sipped our tea in the midst of a parade worthy of endless standing ovations.

Radical self-expression can be hard to find, let alone commit to, in societies driven by outdated concepts of ‘normalcy’. As one of The Ten Principles of Burning Seed – a community-powered extravaganza of fun and frivolity – I found it in the forests of Matong, New South Wales.

The Concept of Burning Seed

Despite outward appearances of a carnival, bush doof, music and folk festival in one, the concept of Burning Seed runs much deeper. Radical self-expression joins Immediacy, Participation, Civic Responsibility, Communal Effort, Gifting, Radical Inclusion, Decommodification and Radical Self-Reliance for an event created by, rather than for, participants.

Nothing is for sale, except ice for your esky. You must supply all your own food, water and anything else you might need, for the five-day event. Themed camps, musicians, flamboyant costumes, artworks and the creative minds of participants provide all the entertainment.

As a regular festival-goer, I’ll admit I was sceptical as to how such a thing could work. After all, taking and consuming is much more common behaviour than Gifting, at any kind of entertainment event. In the spirit of breaking society norms, giving, at Burning Seed, is the name of the game – and the nature of it shines like the magical appearance it’s woven in.

What Happens at Burning Seed? 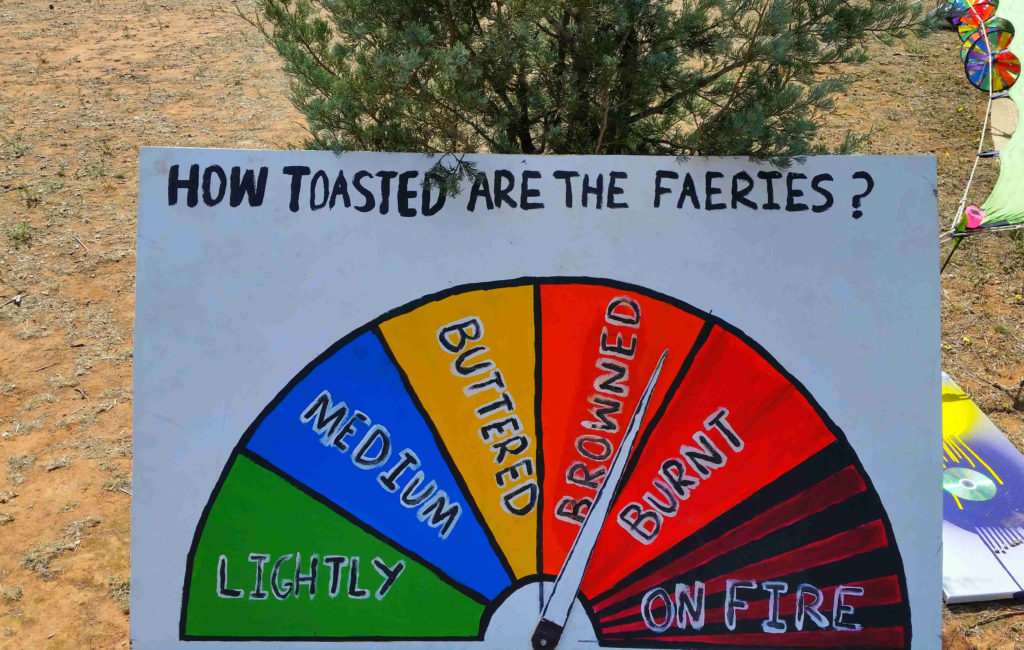 Everything from pancakes, to beer and body paint competes for everyone’s enjoyment, like a revolving feast of stimuli. Greed is notably absent and you quickly become accustomed to strangers offering a random banana, kiss or a swig of a Bloody Mary, with no expectation of a gift in return. Truly.

Mostly, participants stroll, run, dance or skip through separate campgrounds to converge on a central area of themed bars, artworks, stages, lecture tents and the looming Effigy. Skits break out at any given time, with comedy and burlesque routines you’d pay big bucks to see.

While the event is family-friendly, there’s an R-rated component that’s hidden from innocent eyes, but there for everyone to join. Want to know how to safely tie someone up? Head to a bondage lesson. Not comfortable with your body? Try a Yoni massage demonstration and learn to be.

Nudity goes hand in hand with nature and there’s plenty of it at Burning Seed. No one blinks an eye, so if you’ve ever wanted to run around in the buff in public, this is the spot for you. Creepy behaviour is simply not tolerated by the community at large, so it’s a pretty safe way to unleash your inner naturist.

The ‘burn’ factor of the event commences after spectacular sunset sessions of dancing in the fields. Fire twirlers set the scene, before purpose-built structures are set alight, collapsing one exciting plank at a time until the air fizzes with crackling heat, shooting sparks and exuberant cheers.

Somewhere in the midst of day three, I realised I was so utterly present in the magical mayhem, that Matong became the whole world. No drama, no fights, no long queues, not even a whiff of grumpiness, in fact, across the whole 3000 or so people there. I’m sure there must have been, but the collective atmosphere of goodwill would have swallowed bad vibes, whole.

Even the porta loos were usually spotless and cheerfully stocked with free, colourful condoms. But, if they weren’t, I was actually excited at the prospect of cleaning them, in the spirit of participation. I had never, in my life, even considered cleaning a porta loo at a public event, unless I’d made the mess.

And that, more than anything, gives you a true sense of the seed that’s flourished into the Burning Man culture, across the globe.