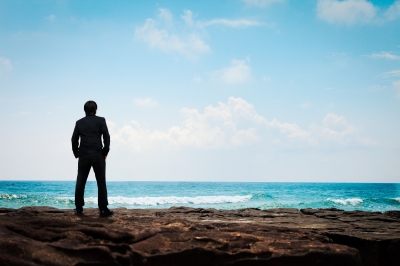 “It’s better to keep your mouth shut and have people think you a fool than speak and remove all doubt.” Mark Twain et. al.

I attributed the quote above to “Mark Twain et. al.” because there is some debate as to who said it – but it sounds like Mark Twain to me. Regardless of origin, this little pearl of wisdom has served me well. When I am unsure of where I stand or, more frequently, when I am not fit for Human consumption, I try to listen more and speak less.

I learned this lesson only after many years of conflict, trial and error.

For most of my thirties I worked in an office with twenty-five employees. I was one of only two men. I worked there for seven years. I was in a senior management position. Obviously, any authority I had over my employees was an illusion that I was allowed to entertain from time to time. Up until this time in my life I was allowed to believe that men were the stronger sex – not so.

Any true managing that I was able to achieve was through the art of strategic submission. I leaned more about how to get along with the Humans during those years than all the combined years before and since. I also learned a lot about true strength.

I managed to play well with the other kids – for the most part.

There were a few conflicts which I chose to engage in with way too much enthusiasm. The delicate art of assertively setting and maintaining boundaries was foreign to me. Rather, I spent many nights plotting revenge on those who I was convinced were picking on me. Ultimately, I resorted to guerrilla tactics.

I would spend an entire week crafting an e-mail to be concise, hard-hitting and full of double meaning and deniability. I fuelled fires with phrases such as: “I understand how difficult … I am happy to assist with … complex issues for a person of your …. given your limited …”

My objective was to exact revenge while maintaining deniability.

At exactly 4:25 – five minutes before quitting time on Friday afternoon – I would send the e-mail, turn off my computer and go home for the weekend. I would be the last this the recipient would see before their weekend. They were left unable to respond. Monday they would be apoplectic.

Yes, I was a little, little man

Ultimately that job crashed into a mountain and I was the first to be eaten in the ensuing weeks. I will always be grateful for that experience. As a result I have never since found a personality conflict I am unable to rise above. From this experience, I developed the single best strategy to promote peaceful relations with the Humans.

I don’t react in the moment I go home and let it sit for a night. Most of the time the problem resolves itself as I sleep. When it doesn’t, I am able to find a way to resolve it without bloodshed or viscous e-mail campaigns.

I still write e-mails to resolve resentments but I have my wife proofread them first.

Today I play well with the other kids. Life is too short for petty resentments and feuds. I need all the energy I have to be the best husband and father I can be. I don’t have the luxury of nursing resentments.

That’s my story and I’m sticking to it.